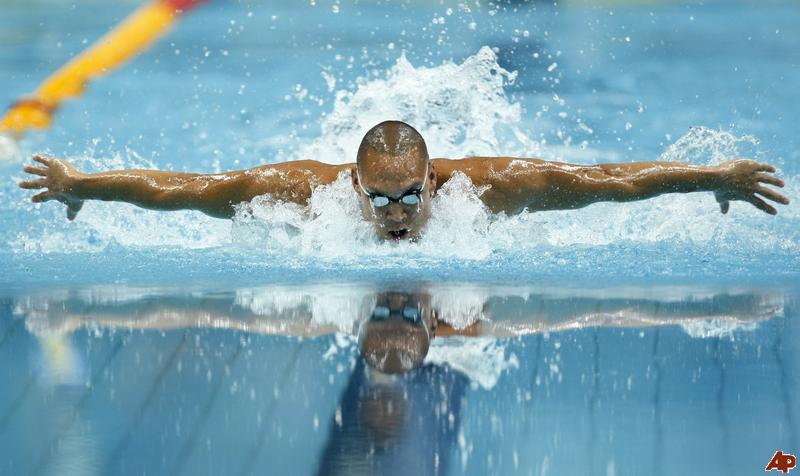 Unless appropriate paces and intensities of work are prescribed for individuals, some swimmers may under-work while others will overwork. The task is to prescribe optimal training activities which involve the correct mix of aerobic endurance, aerobic power, lactate tolerance, and sprint ability. Each of those forms requires different intensities, duration of repetitions, and rest intervals.

When muscles contract they produce lactic acid because of incomplete oxidation of carbohydrate used as fuel. After its formation, it immediately splits to form lactate and hydrogen ions (H+). The H+ ions alter the acidity of the blood, lowering its pH value depending upon their concentration. This reaction is why the terms lactic acid and lactate often are used interchangeably. Thus, the pH of blood is a measure of the amount of H+ in the body. When the H+ ions are allowed to accumulate, the pH in the muscles falls, that is, the environment in the muscles increases in acidity. A normal resting measure of pH is 7.0 whereas in very strenuous work that predominantly uses anaerobic energy sources the level can drop to a value of 6.3. As the acidity level changes (the pH level is lowered), the muscles become weaker, often tighter, and contractile force is reduced. As blood and muscle acidity increase, so does the feeling of fatigue.

At low intensities of exercise, for example, ANThreshold training, the rate at which lactic acid is produced is balanced by the rate at which it can be removed from muscle and blood. However, as a swimmer speeds up, for example, at aerobic capacity speeds and faster, the use of carbohydrate as fuel is greatly increased, and the production of lactate is greater than the ability of the lactate-removal mechanisms. Thus, after a certain intensity of work, that is, swimming at a particular speed for a minimum duration, lactate accumulates.

Resting or normal activity levels do not tax the capacity to remove lactate. Exercise can increase the production of lactate from 3-5 times above the resting level without any appreciable change in a muscle's pH. This is because the body has buffers which combine with the H+ ions and remove them from bodily fluids. The greater the amount of buffer capacity, the greater can be the intensity of work before H+ ions accumulate and lower the blood pH. The buffering capacity of muscle determines its ability to tolerate lactate before the pH is altered noticeably. Fast twitch muscle fibers have a greater buffer capacity than slow twitch fibers. Buffer capacity can be increased through training. It is very helpful to assess a swimmer's ability to tolerate lactate accumulation because it will indicate the changes derived from training designed to increase the amount of anaerobic work that can be sustained.

This is a person's maximum ability to use oxygen. It is the upper limit or ceiling for aerobic endurance. Endurance athletes have a high capacity but it does not differentiate between them. It is a requirement for achieving an elite status but is not related to performance among an elite homogeneous group.

This is a measure of an athlete's ability to perform prolonged, continuous exercise and depends upon physiological, biomechanical, nutritional, and psychological factors. The best measure currently available is the lactate or anaerobic threshold. It determines the maximum speed a swimmer can sustain without experiencing progressive accumulation of lactate in the blood. However, there are no pool races that use this capacity. Thus, its contribution to race quality is questionable. Rather, it serves as the basis for a general conditioned state.

Two reasons justify aerobic endurance training. It contributes to accelerated recovery from fatiguing work and it extends one's ability to tolerate the demands of lactate tolerance, aerobic power, and speed training. This form of training may be the easiest and most efficient way of improving a swimmer's stroking economy which in turn, means that a swimmer can swim at faster speeds before reaching lactate threshold.