Sport and Physical Education : The Key Concepts by Timothy Chandler 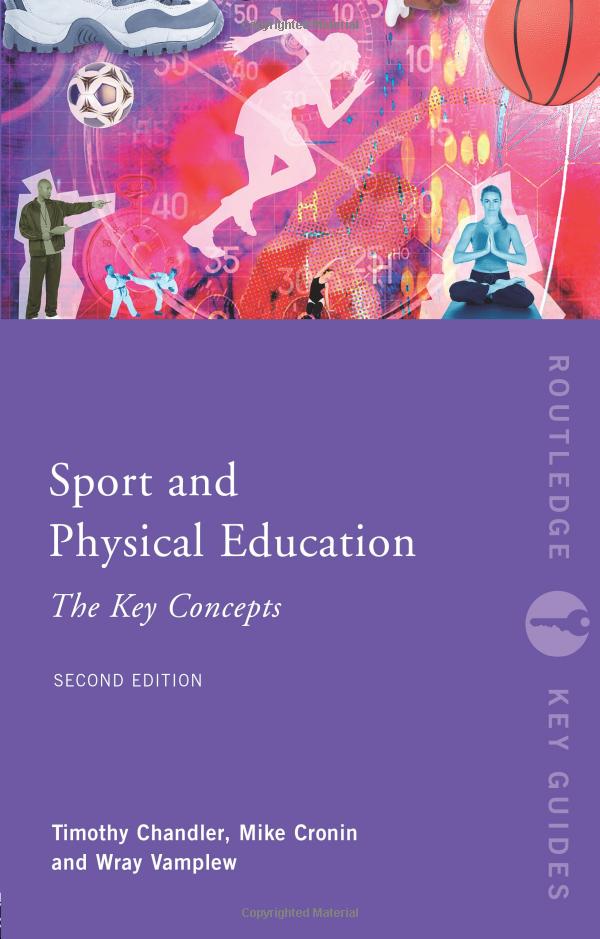 A complete guide to the disciplines, themes, topics and concernscurrent in contemporary sport, this book is an invaluable resource for students at every level studying Sport and Physical Education

Timothy Chandler is Dean of the College of the Arts and Professor of Sport Studies at Kent State University.

Mike Cronin is Academic Director of the Centre for Irish Pro-grammes at Boston College in Dublin. His publications include Sporting Nationalisms: Identity, Ethnicity, Immigration, Assimilation (withDavid Mayall, 1998), and Sport and Nationalism in Ireland (1999).

Wray Vamplew is Chair of Sports History and Director of Researchin Sports Studies at the University of Stirling. His recent publicationsinclude Encyclopedia of British Horseracing and Encyclopedia of Traditional British Rural Sports (Routledge, 2005)

The economic and cultural importance of sport, and the growth inpopular and academic discussion of the topic, is the central justiﬁca-tion for the book. As the Key Concepts series is well established andadmired, we felt that it offered the best vehicle for an exploration of the terminology and major concepts that are attached to the study of sports studies and physical education. There is, as the bibliography inthis book illustrates, a mass of literature on different aspects of sport.

Much of this literature is the product of academic endeavour, and wasaimed primarily at the peer group of the authors. Such work hasoften been written using complex specialist terminology, or else isplaced in the context of a variety of often unfamiliar theoreticalapproaches. Even those general texts, which seek to introduce thestudent or reader to a particular disciplinary approach, often hidetheir deﬁnitions of the key concepts within the narrative, so that theyremain unclear. As a result, many readers ﬁnd it difﬁcult to grasp thecentral purpose or deﬁnition of the different terms, concepts or ideas.This volume seeks, as with the others in this series, to provide, in areadable and accessible form, a comprehensive guide to the key termsand concepts present in the broad body of writing within sports studiesand physical education.

As the study of sports and physical education embraces so manydifferent disciplinary approaches, a deﬁnition of the key concepts is an ambitious undertaking. As such, all the concepts here have to betreated as introductions. They are not, and neither do they seek tobe, deﬁnitive. The entries are designed to lead to a fuller engagementwith, and usage of, the concepts and terms. It is hoped that all readerswill make use of the extensive bibliography to further their under-standing of any given concept or term, and see this book as a toolwhich facilitates understanding and further investigation. In the ﬁrstedition we included a list of relevant website addresses, but as withmany things on the internet, often these sites disappeared, were notmaintained or else were renamed. Rather than provide a list of web-site addresses that might quickly become obsolete, we have taken thedecision to omit them from this volume, and encourage readers tosearch for organisations and themes via a search engine