ACTIVE RECOVERY AND RESTORATION OF PERFORMANCE

Sprints of very short duration (2 to 4 s) are frequently used during team sports, while sprints of 5 to 30 s appear during individual competitive sports.
In addition, training sessions of many sports include activities of this duration performed with a maximum intensity. These sprints may be performed with different intervals depending on the training purpose. In this case, it is possible that the changes in performance with successive bouts will be affected by active recovery within the interval.

Performance in cycling and running sprints 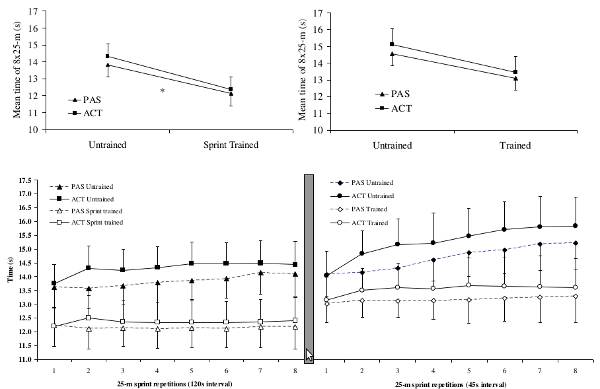 Figure 2. Upper panel: Îœean time of 8x25 m sprints in untrained swimmers compared to sprint-trained and well-trained swimmers (120 s interval â€“ left; 45 s interval - right).
Lower panel: Performance time during the 8x25 m sprints was performed either with a 120 s (left) or with a 45 s (right) interval. A greated performance decrease was observed after active recovery in untrained compared to sprint-trained with 120 s interval but no different response was observed between well-trained and untrained when the interval was 45 s. *: sprint number vs. performance time interaction. See text for details 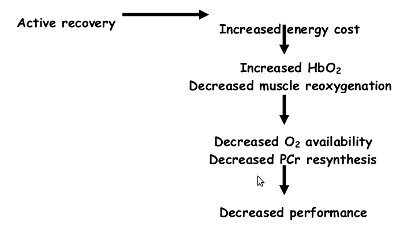 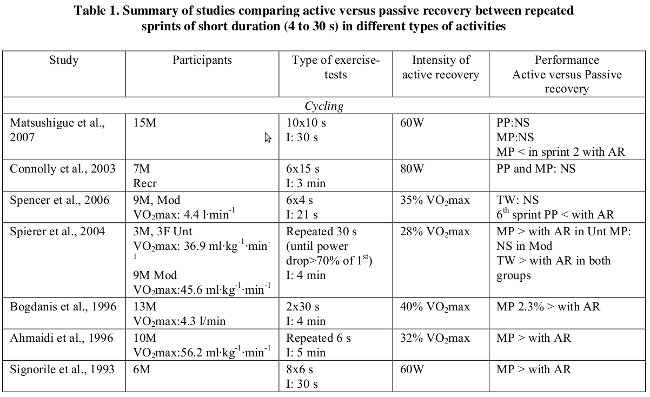 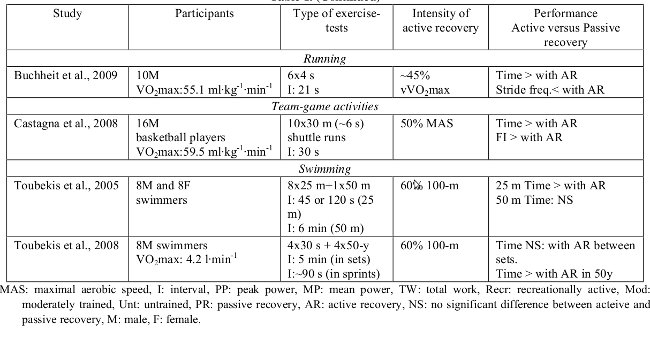