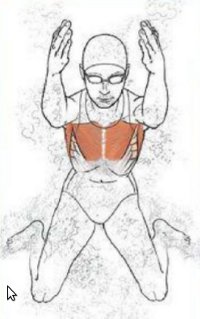 As with the other strokes the arm movements that take place during breaststroke are categorized as a propulsive phase and a recovery phase. The propulsive phase begins with the shoulders and arms in an elongated overhead position. The first half of the underwater pull is similar to that used in freestyle and butterfly. The clavicular portion of the pectoralis major starts the movement, and the latissimus dorsi quickly joins in. During the second half of the pull, forceful contractions of the pectoralis major and latissimus dorsi pull the arms and hands into the midline of the body to finish the pull. The forces generated during the final phase are directed toward forward propulsion of the swimmer in the water and upward propulsion of the swimmer's torso, which is aided by contraction of the paraspinal muscles. This movement brings the swimmer's head and shoulders out of the water. Flexion and rotation at the elbow bring the hands to the midline of the body and mark the conversion into the recovery phase. To return the hands to the starting position, the arms must be returned from their position under the chest. This motion is carried out by recruitment of the pectoralis major, anterior deltoid, and the long head of the biceps brachii, which all function to flex the shoulder joint. At the same time, extension of the elbow by the triceps brachii results in completion of the recovery phase, and the arms return to their extended and elongated position.

As with the other strokes, the shoulder blade stabilizing musculature is crucial to creating a firm base of support for the movements and forces generated by the arms. Like the butterfly stroke, the breaststroke lacks a body roll component. Even so, the core-stabilizing musculature is important in ensuring an efficient linkage between the movement patterns of the upper and lower extremities.

Like the arm movements, the kicking mechanics can be divided into a propulsive phase, consisting of outsweep and insweep components, and a recovery phase. The propulsive phase begins with the feet hip-width apart and the knees and hips in a flexed position. The outsweep is initiated with outward rotation of the feet, which is accomplished by a combination of movements at the hip, knee, and ankle. After the foot has been turned outward, the outer sweeping motion is continued by extension of the hip and knee. The gluteal musculature and the hamstrings function to extend the hip, and the rectus femoris and quadriceps act to straighten the knee. At the transition from the outsweep to the insweep, the knees and hip are still not completely extended, so the respective muscle groups continue their action into the insweep component until the knees and hip are fully extended. At the start of the insweep the legs are in an abducted position, generating an opportunity for force production through rapid adduction of the legs. The legs are brought back together by contraction of the adductor muscles that run along the upper portion of the inner thigh. To minimize drag during the final portion of the insweep, the calf muscles are activated to bring the
foot and ankle into a pointed position. Recovery is accomplished by recruitment of the rectus femoris and iliopsoas, which serve to flex the hip, and recruitment of the hamstrings, which serve to flex the knee. 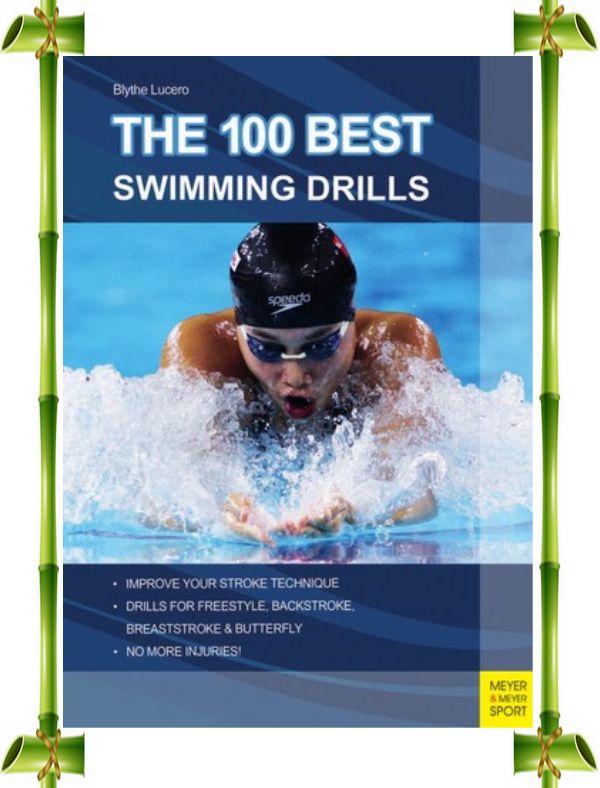